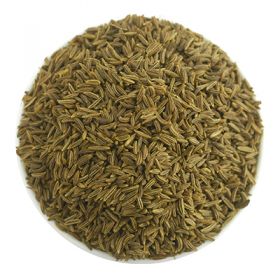 The fruits, usually used whole, have a pungent, anise-like flavor. Caraway is used as a spice in breads, especially rye bread. The most common use of caraway is whole as an addition to rye bread but its fruits are also frequently used in Irish soda bread, along with raisins and currants.

Caraway is also used in desserts, casseroles, and other foods. It is found in prominently in European cuisine as in goulash, sauerkraut, choucroutes, and caraway seed cake.

\In Hungary and Serbia, caraway is commonly sprinkled over home-made salty scones (köményes pogácsa / pogačice s kimom). It is also used to add flavor to cheeses such as bondost, pultost, havarti, and Tilsit. Scandinavian akvavit, Icelandic brennivín, and several liqueurs are made with caraway.