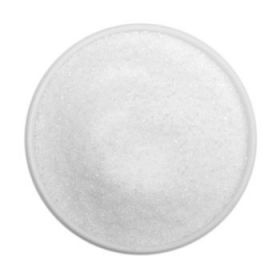 Calcium Lactate is a white crystalline salt used as a solidifier in molecular gastronomy. It is one of the most common forms in which calcium is found. It is made by the action of lactic acid on calcium carbonate; also used as a baking powder. Calcium lactate is also often found in aged cheeses. Small crystals of it precipitate out when lactic acid is converted into a less soluble form by the bacteria active during the ripening process.